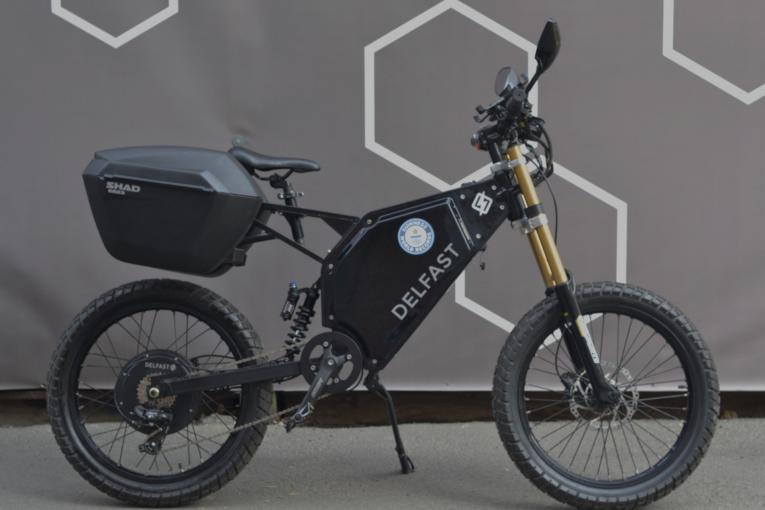 The electric bikes brand has issued the enhanced edition of  the world-famous Prime, the model holding  the World Guinness Record for the longest range ever. The new and better version is called Prime 2.0 and it is now available for order.

There are a number of reasons that make the Prime 2.0 a great electric bike and an awesome choice.

To start with, the newest Delfast e-bike has the updated motor. The motor efficiency has been increased by two times, which makes it both more powerful and economic.  to the higher torque of the upgraded motor, the electric bike will start and reach the desired speed faster than before. The riders will definitely appreciate it on the hilly terrains.

Plus, it has the advanced front brakes and gear with the moved out controller. To compare, Prime 1.0 has the single disc front brakes and Prime 2.0 has the double disc ones. Speaking of gear, the Delfast new Prime has the Carbon drive (the belt drive) with one gear chain. This makes it easier to maintain the e-bike: it does not require frequent tech service check and can be easily washed with water with no harm. The best thing about is that it has the 20000 km mileage and thus can serve you 10 times longer than the previous type of the chain.

Moreover, the Prime 2.0 has the increased battery capacity by 6%. Trying to beat our own record, test drives showed that the new Delfast model can make up to 241 mi or 390 km on the single charge.

“The legend is back! Now it’s lighter, faster, and tougher,”

The Prime 2.0 is faster than the previous model, in fact. The e-bike can reach the maximum speed of 37 mi or 60 km/h in 15 seconds. Yet, since there legal regulation, we installed the electronic limiter with the allowed top speed of 28 mph or 45 km/h. At one’s own responsibility, the limiter can be removed.

Speaking of the weight. The previous Prime weighs 132 lb or 60 kg, while Prime 2.0 is around 128 lb or 58 kg. Such weight was achieved due to optimization of the e-bike construction: lightened frame, bicycle seat (lighter than moto seat), and Carbon belt drive.

Furthermore, the Prime 2.0 has the improved light system since now there is a switch from low to high beam. The ride at night becomes smoother, safer and more pleasant in general. A nice bonus is the availability of the matte color palette in addition to satine.

The Delfast online store has also the new extras available to purchase along with an electric bike: cargo motto saddle, universal moto seat, standard and premium side boxes, and the cargo trailer.

The electric bike brand Delfast decides to take the new direction in business, which implies the focus on the development of a single model. The company chooses the TOP to be their signature electric bike.