6 Reasons to Fall in Love with e-Bikes 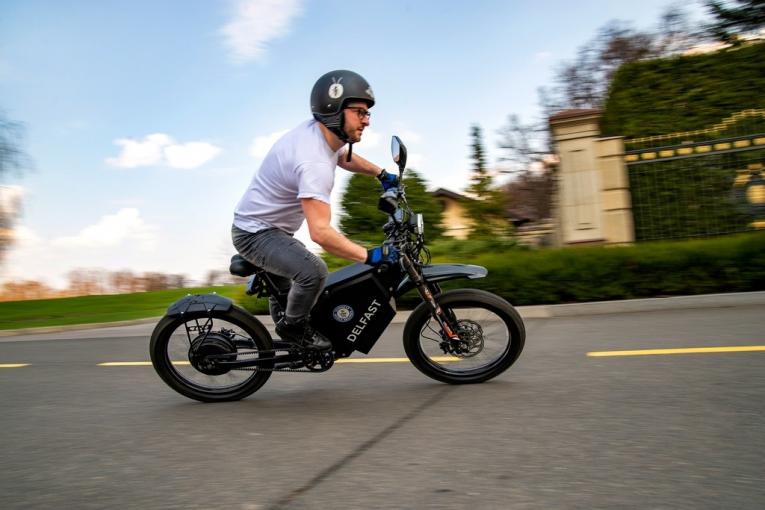 Sales of electric bicycles have reached unprecedented levels. For the first time, retailers in some parts of the world like the Netherlands are selling more electric bikes than conventional pedal ones. Amidst the COVID-19 pandemic, many people realized that an ebike is one of the safest commuting vehicles. In contrast, public transport became a potential place of contagion.

But, is social distancing the only reason people started buying elektro bikes? Not at all! The population at large is increasingly concerned with global warming and climate change. Hence, the use of electric vehicles has emerged as an effective alternative to burn fossil fuels and reduce greenhouse emissions.

Moreover, the quest for a healthier lifestyle has become a global trend. Exercising is in vogue. But with gyms and sports centers indefinitely closed, buying an electric bike is a viable alternative to remain physically active. But, why would anyone opt for an electric bicycle to exercise? After all, it is a bike with a battery and a motor. Does it make any sense to exercise in such a vehicle? The answer is ‘yes.’

Hence, to answer some of the most common questions newcomers ask about electric bikes, we have compiled a list of 6 cool facts. These are the reasons that will make you love your electric two-wheeler. They are also the reasons many people have already joined the electric cycling revolution.

1. Cycling Is Much More Accessible

The most attractive feature of electric bikes is the pedal assistance the rider gets from the motor. Most e-bikes allow selecting this level according to personal preference. Thus, you can get a boost in uphill terrain, for example. On flat terrain, the pedal-assist feature can allow you to accelerate more easily.

Hence, you don’t need to be perfectly fit to ride such a vehicle. The elderly, children, and people with chronic injuries can enjoy cycling with an e-bike. What’s more, some electric bikes are equipped with a throttle that allows riding without pedaling. Although this is not truly cycling, the feature comes in handy in some special situations.

2. You Can Exercise with an e-Bike

3. You Can Ride Faster

Because of the boost you get while pedaling, an electric bicycle allows you to ride faster. However, you should not expect to be able to ride as fast as with a motorcycle. Depending on the type of e-bike, the top speed that you can reach is either 20 mph or 28 mph. When you reach this limit, the pedal-assist feature disengages automatically. As mentioned, there are electric bikes with a throttle that can potentially reach higher speed. However, their use is limited to trails inside a private property or dedicated racing tracks

4. You Can Ride Further

Battery technology is advancing rapidly. Thus, e-bike batteries have more capacity and can provide longer ranges. The range of an electric bike is the maximum distance you can ride on a single battery charge. Depending on the type of e-bike and the level of pedal assistance you get, you can expect a range between 35 and 100 miles. Premium electric bikes can reach even longer ranges. For instance, the Delfast TOP 3.0 has a range of up to 200 miles.

The increasing demand for electric bicycles has prompted manufacturers to offer a wide selection of specialized vehicles. Whether you want an e-bike for leisure, exercising, city commuting, or mountain biking, you will certainly find the right for you. You can even buy cargo electric bikes, which are designed to function as utility vehicles.

6. You Can Save a Lot of Money

The running costs of an electric bike are much lower than a car’s. You probably have heard that an e-bike may cost the same as a used car. It is a very superficial comparison. While the initial cost of an electric bicycle, particularly a premium one, is not low, in the long run, you’ll save a lot of money. Let’s take a detailed look:

Electric bicycles will likely replace driving in most cases. The average driving trip in America is just 5.95 miles. It doesn’t make sense to spend a lot of money on a car to cover such short distances.

Electric bicycles are here to stay. The massive adoption of these vehicles has begun and won’t stop any time soon. Once you ride an e-bike, you will be hooked on it. The experience of riding an electric bike is unique, especially with the Delfast ebike. The TOP 3.0 is an excellent choice for leisure cycling, city commuting, and offroad biking. You’ll fall in love with it!