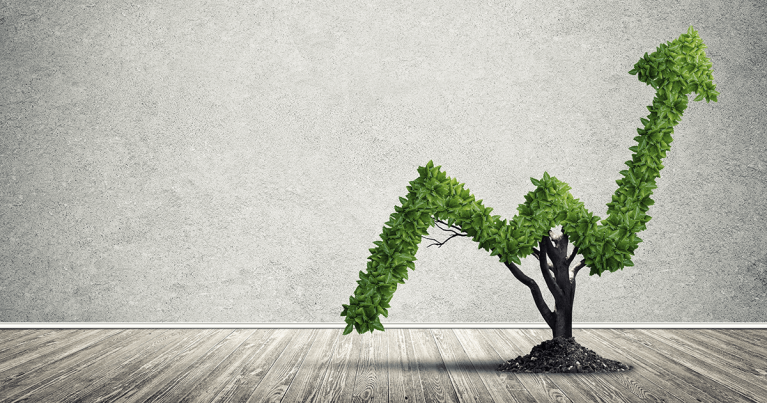 In the end of February Delfast CEO and co-Founder Daniel Tonkopiy shared the 2019 annual report with the company’s stakeholders. Here are some insights from the public version of the report.

Beside being the world leader in range, Delfast electric bikes are also in the list of top 5 fastest e-bikes, according to TrendMax.

Delfast successfully increased sales revenue 4.4 times in the year 2019, which is 442%, when compared to 2018. The last year was also the time of the geographic scaling. The company established the new global network of dealers and partners worldwide. Delfast now delivers its electric bikes to different countries; new destinations are welcomed. 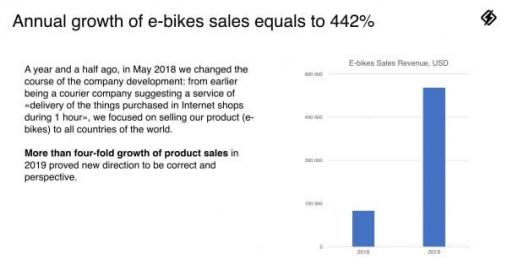 Delfast designed an e-bike for the police called Top Cop that has already been quite successful with the American and Mexican police services. The company signed the contract to supply Top Cops for the police department in Mexicali City to test, while 25 police departments in the US left the requests and planned the product presentation for Spring 2020.

The startup is developing the contacts with B2B clients too and has received the letter of intent from those interested from the US, European Union, South Africa, Australia and other states to purchase more than 20,000 e-bikes, which is worth around 100,000,000 USD revenue. 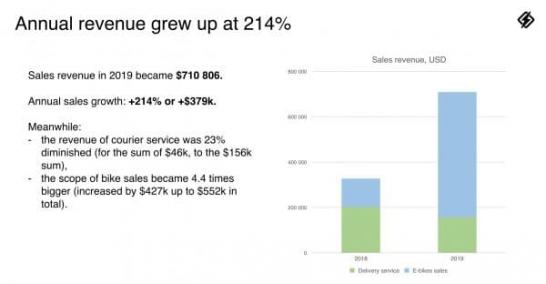 The electric bikes brand won several grants, among which are:
Grant from the European Bank of Reconstruction and Development as the company creating innovations directed to the climate change solutions;
Grant from USAID and Startup Grind as one of the leading startups in Ukraine;
Grant from Solidworks, one of the global top 3D software developers, as the best engineering project in Ukraine.

And most importantly, Delfast is open about its problems.

When dealing with partners, investors and customers honesty is crucial for any business. It is so because the reputation of the company matters a lot to the clients nowadays who trust their own money to the business.

There are many people around the world who expressed their interest in purchasing a Delfast e-bike. The company does not have enough capital for the mass production though. Delfast posted its products on Amazon and eBay and did not receive the desired level of sales. And the factory in Sri Lanka refused to produce e-bike for the startup.

Yet, Delfast takes all the challenges it faces with gratitude. The company is full of ideas and ambitions that, unfortunately or not, exceed the financial abilities. Attracting investments is in Delfast’s top priority list.