The frame – why it is universal and suits people regardless of their height? 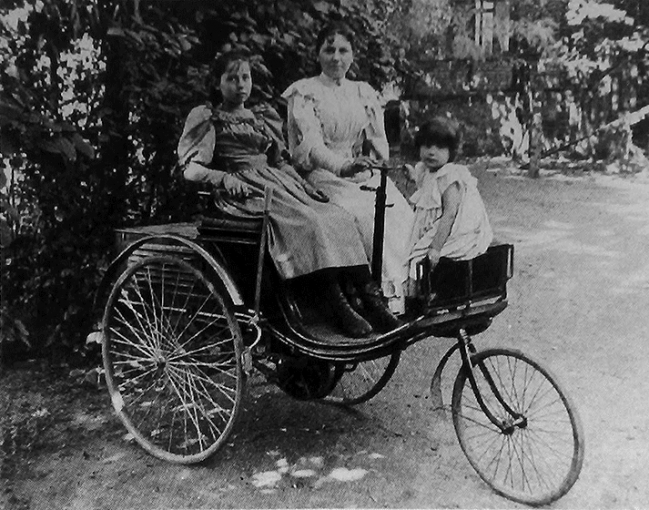 Let’s dive in.
The use of classic bicycle frames for long -range e-bikes and high speeds proved to be a rather challenging task. In its complexity, it can be compared to the integration of a gasoline engine into a cart for horse-drawn thrust. Of course, Carl Benz coped with this task, but the design was particularly reliable, as demonstrated by his heroic wife, Bertha, along with her children on her legendary trip. In the photo, we can see what it looked like. 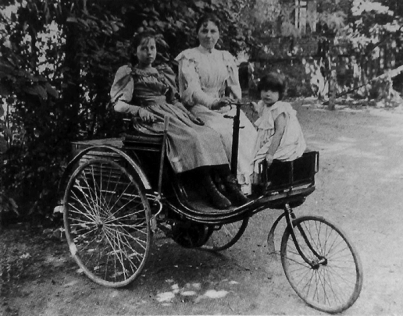 Somehow it is not very similar to a modern car, is it? This is because at first the inventors and engineers simply adapt what they have at hand. Carl Benz used a cart, and modern engineers – regular bicycles. But it soon became apparent that attempts to use cycling frames for electric bike usually lead to the destruction of the frame, just as gasoline engines carried out the bulk of the woody landau and fiacs. The reason for this situation is a completely different distribution of mechanical loads as the electric bike needs rechargeable batteries and preferably the maximum capacity as a power source for an electric motor, which should be placed somewhere on the frame. And secondly:
– unlike the classic bike, which is driven solely by the muscular force of one person, the electric bike is driven by an electric motor that has a large torque that is transmitted to the wheel. So, the load on the rubber, rim and spikes will be even larger. In addition, no frame of conventional bikes is designed to withstand the axis of twisting wheels, especially in the case of forks and frames made of aluminium, when the axle is rotated by a powerful high torque electric motor. Usually, the engineers are constantly trying to adapt the frames to the electric current, but despite all the improvements, the frame still breaks down. Similar to bolt fasteners, and welded joints. That is why we now have a situation where unique frames designs are being developed for electric bikes. Of course, having tried all the possible options, we also came to our own frame.
But let’s get back to the battery.
A block of high-capacity rechargeable batteries is called such, as it usually includes a number of elements that are connected to each other, and together they form a kind of construction that is heavy and large in size. It looks like this: 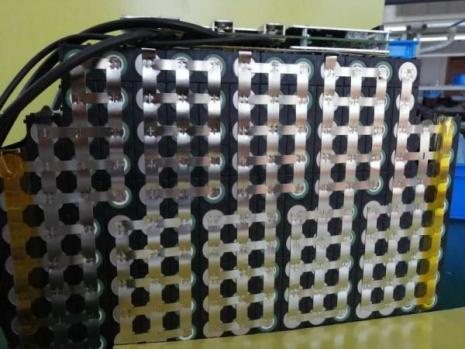 Since there is a direct dependence on the size and capacity, the size of the battery pack cannot be particularly limited, because it reduces its capacity and directly affects the mileage of the electric bike, and the large mileage is perhaps the most important characteristic of it. That is, in this case – “the more – the better”. Well, in reality, who needs a carriage with a mileage of 20 km? Therefore, the photo is a real battery that we use in our electric bikes. In addition, for safe operation of an electric bike with lithium-ion batteries of high capacity, a reliable mechanical protection of the battery compartment (lithium-ion batteries are extremely flammable, and we already wrote about it in the previous articles) is necessary, which is simply impossible to implement with the classical design bicycle frame for two reasons:
First – the big battery is simply nowhere to place,
and secondly – a small battery cannot provide the required range of travel. This may be acceptable for urban riders, where the electric motor simply helps a person partially offset their efforts.
Usually, such e-bikes look something like this.

In the photo, we see a small battery located in the place of where a water bottle usually goes and a motor controller in a black plastic box. Looks like that Benz’s first car, doesn’t it?
But for a large and powerful battery, such a design is unacceptable,
First:
– it barely fits (you can look again at the photo above),
and secondly:
– such a battery should be protected from mechanical damage.
The battery compartment, the box in which this battery is located, should provide a temperature mode for the maximum comfort of its operation. As we have already said, it can heat up quite a bit, even up to the melting point of lithium. We are trying to avoid this kind of a problem. And given the fairly large weight of the battery, we have one more condition – it should be placed on the bike in such a way that the centre of gravity of the electric bike does not rise too high. Actually, the lower the better. Because if it is the other way around, a cyclist will find it to be very difficult, and in some cases – simply impossible to maintain balance. That’s why Delfast developed a special design frame in which the battery compartment was designed as a box-type spatial frame that protects the battery and control electronics. In essence, it resembles the system unit of a personal computer. And it looks like this: 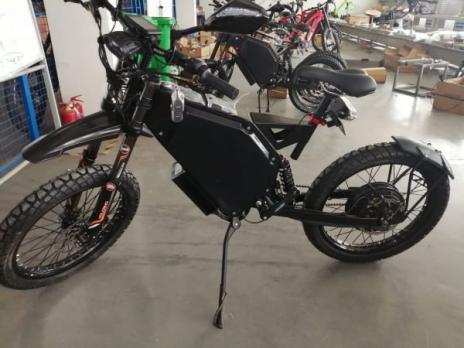 The frame is both a protection for the battery and a place for its placement. It is made in such a way that the centre of gravity of the design moves down. Moving down the centre of the mass makes the design of the electric bike more durable and agile while driving. Therefore, the size of the frame depends on the capacity of the battery and control electronics and has a constant shape and size. And this is more like a motorcycle design, where the frame is built around the engine than the design of a regular bike. But how to choose the right height? In fact, it’s not complicated at all. By changing the size of the wheels, and there is a wide range of different ones, or adjusting the saddle height – you can adapt the frame to a cyclist of any height from 166 to 180 cm and over. You just have to consult a sales manager when purchasing your e-bike.