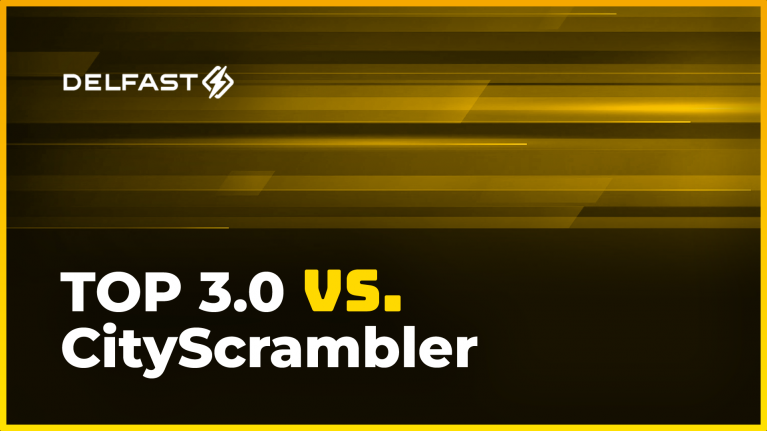 Adventure electric bikes have gained a large following worldwide. These vehicles are tough to withstand the harsh conditions riders find in the great outdoors. Long ranges and powerful electric motors are also typical of these vehicles. Consequently, these ebikes tend to be expensive.

Some manufacturers have launched lower-cost offroad electric bikes to compete with their more expensive counterparts. That is the case with the Scrambler by Juiced Bikes. How does this electric bike compare to the Delfast TOP 3.0? The latter has earned a solid reputation as an all-terrain e-bike. So, let’s take a look at the following detailed comparison.

Speed is a key feature for adventurous riders. But in many countries, e-bike speed is regulated for rides in public places. The Scrambler aims at complying with such regulations and limits its speed to a maximum of 28 mph.

The range is critical for off-road riding. It is the maximum distance the e-bike can travel without recharging the battery. The Scrambler has a reported range of 45 miles. While this range is not bad, it pales in comparison to the 200-mi range of the TOP 3.0.

The TOP 3.0 is built with the same technology that set the Guinness world record for the longest range by an electric bike. Enthusiasts of long trips will appreciate riding 200 miles without the need to recharge the battery. Explore more!

The battery is responsible for supplying the energy to the electric motor. A high-capacity battery can fuel the electric motor for a longer time. The Scrambler is equipped with a 52 V/13 Ah battery. On the contrary, the TOP 3.0 has a 72 V/48 Ah battery. In terms of Watts Hour (Wh), the Scrambler has 676 Wh versus 3,456 Wh. On average, the battery of the TOP 3.0 has five times more capacity than that of the Scrambler.

The Scrambler weighs 78 lb, which makes it a relatively light vehicle in its class. In contrast, the TOP 3.0 weighs 154 lb. A high-capacity battery and powerful electric motor add weight to the TOP 3.0. However, one should notice that the battery of the TOP 3.0 has five times more capacity. Also, its electric motor is four times more powerful. Yet, its weight just doubled compared to the Scrambler’s.

The Scrambler has a price tag of $1,799. Juiced Bikes succeeded in creating an off-road e-bike at an affordable price. However, it had to compromise several key features like range and power. For the uncompromising rider, the TOP 3.0 offers a set of specs that are unmatched by the Scrambler. But it comes at a cost. The TOP 3.0 has a price tag of $6,599. Make your choice and start the adventure!

All specifications used are taken from the official websites of the mentioned brands. 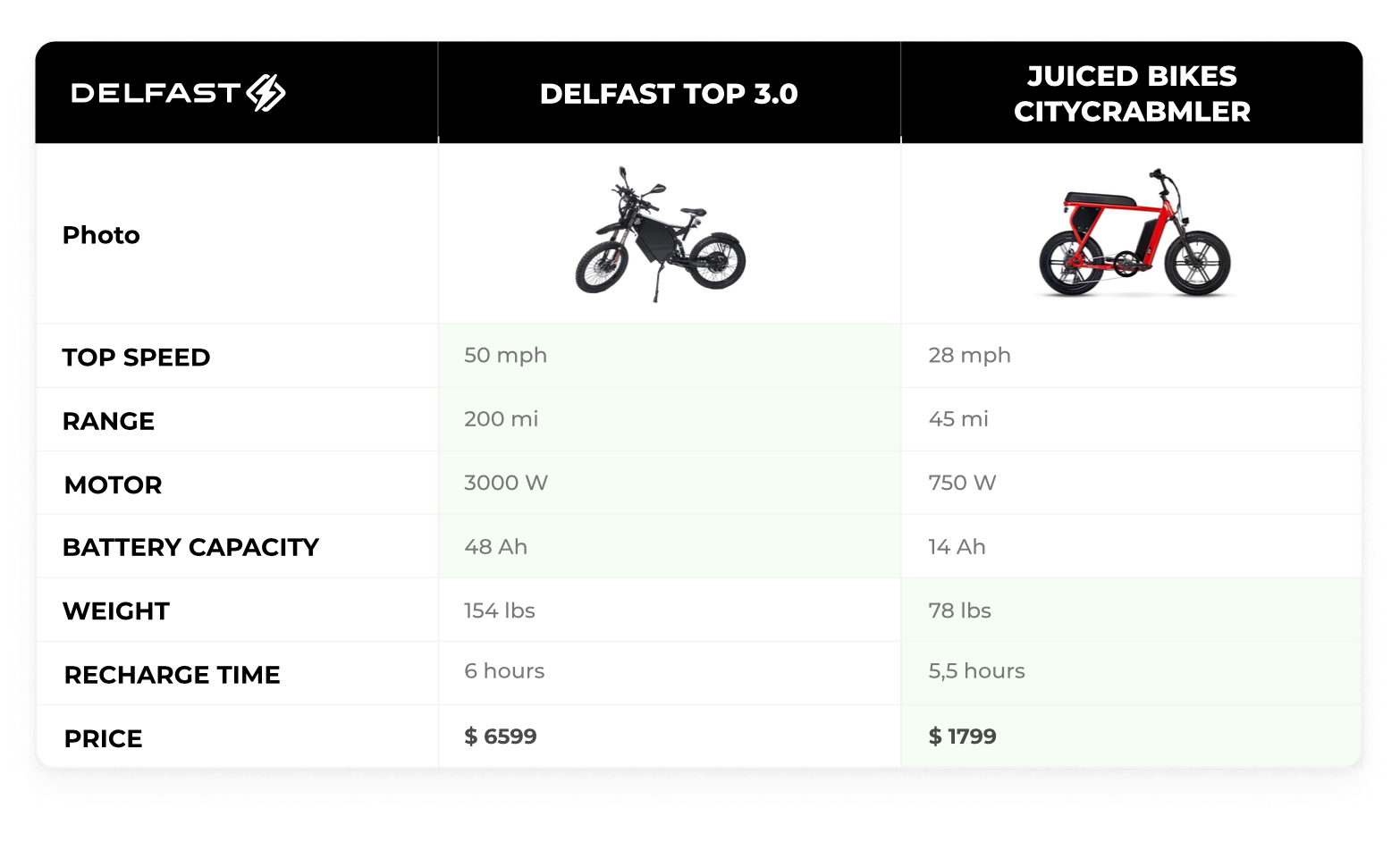