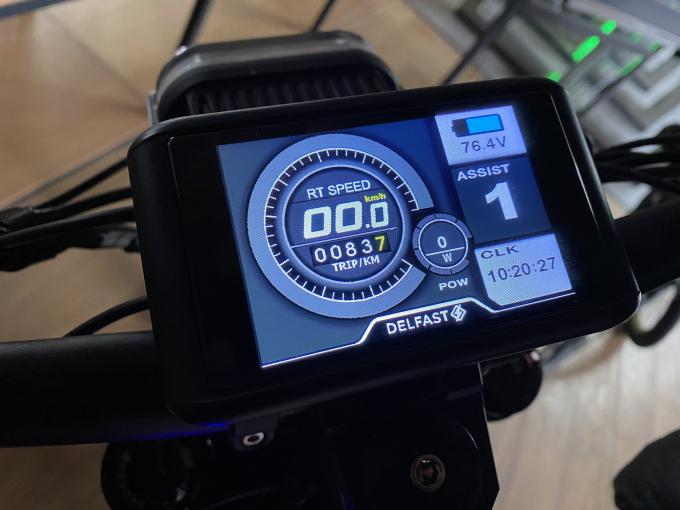 The electric bicycle, often referred to as the electric bike or e-bike, has revolutionized the way bicycles are used. In its simplest form, an e-bike is a bicycle with a pedal power electric bike motor to assist your riding. Just pedal as usual and the small motor will automatically engage. This is useful for situations in which you need a boost like riding uphill. You won’t notice any difference if compared to a regular bicycle, except for a more powerful feeling.

Some e-bikes include a throttle option that is activated with the press of a button. This additional mode allows you to feel even more power on a racing track. E-bikes are promising eco-friendly transportation that can replace driving shortly. They can be very fast to get from point A to point B. Unlike driving, you exercise your body in the process. So, if you are considering buying an e-bike, you must be able to understand their technical specs.

The key component of an e-bike is the electric bike motor. Most motors are built with similar technology. Hence, they are commonly characterized by the same set of parameters. Equally important is the battery. Batteries are also described by some electrical parameters. But, what are these parameters? What do they represent? What values should I choose for my needs? This article explains all the basics for you to understand these technical specifications.

The Watt (W) is a unit of electric power. Other forms of power, including human power, can be measured in Watts also. For an electric motor, the meaning is straightforward. The higher the Watt rating, the more powerful your e-bike will be. Typically, an e-bike motor can be rated 250-300 W. However, this figure alone doesn’t give much performance information. Thus, one should pay attention to two Watt ratings used to characterize e-bikes:

Technically, electrical power (in Watts) is calculated as the product of voltage (in Volts) times current (in Amperes). Why are Watts important in electric bikes? This figure gives you an idea of how powerful your e-bike can be. Choose a high Watt rating if you plan on using your e-bike on rough terrain with frequent uphill rides.

However, for the assessment of battery capacity, a different figure is issued: the Watt Hour (Wh). The larger the figure in Wh, the bigger the capacity of the battery. The Wh rating tells you how much energy the battery can supply on a single charge. This translates into how long you can use your e-bike without the need to recharge it. When you are out in the market looking for an e-bike, the Wh rating will allow you to compare different batteries.

For instance, if you have a battery with a 500 Wh rating, it can power a motor with 250 W for two hours. If the electric motor consumes 500 W, then the battery will work for one hour only. Hence, for more powerful electric motors, you should pay attention to the Wh rating of the battery. This is critical if you plan on using your e-bike for transportation over long distances without recharging the battery.

The electric potential commonly referred to as voltage is given in Volts (V). In a battery, the number of volts represents the ‘pressure’ with which the battery pushes electrons through wires. The electric motor of the e-bike has several coils made of copper wire. Hence, the higher the voltage of the battery, the higher is the flow of electrons through the coils of the motor.

This electron flow directly translates into a higher assisted speed of the e-bike. It can help with the uphill climbing ability also. The flow of electrons through a wire is called electric current and is measured in Amperes (Amp). Commonly, the analogy between voltage and power pressure is put forward to understand the concept more clearly. With such an analogy, the electric current would be analogous to the flow of water through a pipe.

While e-bikes use different voltages, the most common ones are 36 V and 48 V. Now that we understand the meaning of all these parameters, we can do some math. For instance, an e-bike using a 36 V that draws 10 Amp, has a power of 360 W. This power is average for modern e-bikes. By comparison, you can get an idea of how much power is a 500W bike motor.

Now, there is an interesting thing to consider. As seen from these calculations, a higher voltage can produce higher power with less current. High current is usually the cause of wire and electronics overheating. Going back to the analogy of water flow in a pipe, for a large flow, we need a larger pipe. Likewise, to allow for higher electric current, we need larger wires. Modern e-bikes use high voltage only because it allows for thinner wire and less cumbersome electronics.

Therefore, if you are comparing different e-bikes, you should opt for higher voltage whenever possible. Just remember, a single parameter doesn’t give the entire picture. You have to take into account all of them together.

What are Amp Hours?

For batteries, you won’t see a current value to characterize it. Instead, the Amp Hours (Ah) rating is more commonly used. Just like Wh, Ah measures the capacity of the battery. What does this parameter mean? Simply put, a battery with a 10 Ah rating can deliver 10 Amp of current during one hour. Equivalently, it can deliver 1 Amp during 10 hours. To use Ah to compare different batteries, you must make sure that they have the same voltage.

For practical purposes, Ah is less useful to compare the batteries of different e-bikes. It doesn’t make sense unless you take the voltage into account. Hence, in most cases, Wh is preferred. You can calculate Wh if you have the Ah rating and the voltage of a battery. You just need to multiply Ah times the voltage.

For example, a 36 V battery rated 10 Ah has 360 Wh of capacity. As was explained, Wh gives you a better idea of the performance of an e-bike’s battery and motor.

Delfast is an example of an e-bike with Wh batteries

Delfast goes beyond the expectations in this market. A Delfast electric bike is equipped with a 20S15P Panasonic battery. It delivers 72 V and has a 48 Ah rating, which is equivalent to 3456 Wh. Because of the high voltage, the electronics and wiring are quite small. This type of battery allows for up to 3000 charge cycles. For comparison, a common e-bike in the market will withstand up to 1000 charge cycles at most.

Now you are familiar with the different electric parameters to take into account in an e-bike. Let’s summarize each of them. Watts indicate the power of the motor. Make sure the battery has a Wh rating that allows you to ride your bike for the wished time without recharging the battery. Voltage is also important. Higher battery voltage is preferred.