Why Delfast is a smart bike? 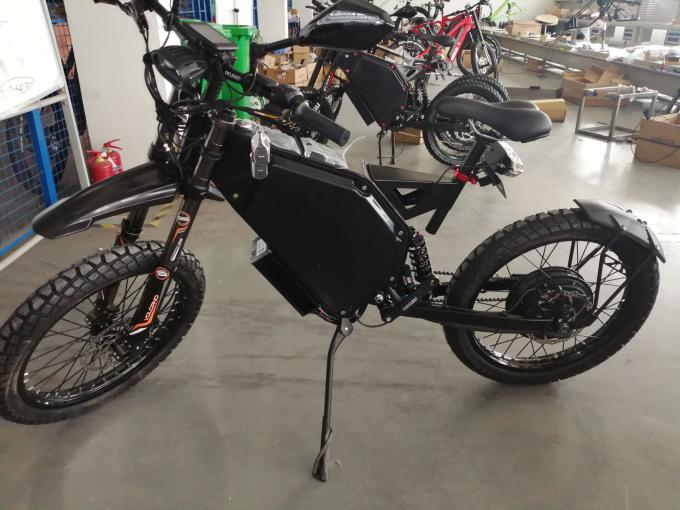 In one of the previous articles we talked about batteries and about the fact that without the emergence and development of microprocessors, the creation of modern electric vehicles would be simply impossible. One of the readers of the blog asked, commenting on the article, something like “is it true that, thanks to electronics, your battery can last more than eight years?”. Yes. It really can. After all, the battery life depends very much on its charge/discharge, its speed and intensity. And also from the power of the current that is needed at any given instant. At the same time, it is not only the battery as a whole that is monitored but each element in the battery as well. The condition of the elements, their level of “fatigue”, is checked against each other. And not the situation is not simply controlled, but the information received, which is requested every second, is processed and then (on its basis) the optimal mode is chosen for each specific situation. For example, when charging your electric bike, when accelerating from a traffic light, when overtaking or for a leisurely ride in the park.
Suppose you speed up at a traffic light, brake at a crossroads, drive into the park on the track and abruptly slow down because of a squirrel jumping onto the road. We have an algorithm of movement, where each subsequent action is unpredictable and requires an instant reaction. Imagine that you turned the throttle at a traffic light and nothing happens, your e-bike “hung” for a few seconds, and then slowly began to spin the engine. Awful! It turns out that all these algorithms are set programmatically and are processed instantly in real time. can you imagine the sheer volume of data and variables needed for this? And with electric motor things get really complicated. After all, the rotational speed and torque of the engine can be adjusted by changing the electromagnetic field in its winding, which means that in order for us to control the engine in electric transport we need …. one more controller. After all, in the past electric motors were used for routine operations. For example, the winch lifts the load. We know the weight of the load and the height to which it needs to be lifted. Therefore, the algorithm is quite simple and can be implemented without the help of electronics. After all, the weight of the load does not change dramatically during its lifting and the speed can also be constant. It is unlikely that anyone will need to dramatically accelerate the rise of bricks up the building. And with electric transport, such situations occur all the time and this requires much more “smart” and fast control of the electric motor.
Now we see that in our electric bike there is a “smart” battery that “communicates” with a no less “smart” motor controller. At some level, they must “understand” each other, transmit information to each other, draw “conclusions” and make “decisions”. And the higher the level of this “understanding” and “dialogue”, the greater the mileage and the longer the life of the battery and the electric motor. And that is not all. To start moving, you need a gas stick or a PAS system. How to determine how quickly you want to start moving? Smooth or really fast, so that the tires start to smoke? Remember the squirrel example? So, your bike should instantly detect this and give a signal to the battery, which will give the necessary voltage to the engine and at the same time the engine should not burn to prevent the battery from literally exploding. Therefore, an electric bicycle block scheme may look something like this.

We can’t stress enough, that the image of an e-bike as a regular bike with an electrical engine attached to it is fundamentally wrong. Yes, an electric bike performs the same functions and tasks as a bicycle, but the difference between them is the same as between a potter’s wheel and a 3D printer. In principle, nice saucers can be made on both, but a 3D printer allows you to solve much larger tasks. By the way, pay attention that there are no pedals on the block-diagram of the electric bike. And this is a crucial thing. The bike moves with the help of human muscle power, and the electric bike – due to the energy stored by the battery that is controlled and distributed automatically with the help of the processor. Of course, a cyclist on an electric bike can ride, pedalling all the way, but he rides in the same rhythm, expending the same, strictly defined effort. Meaning, that driving in a straight line and uphill for our rider takes the same amount of effort. The engine quietly (if it’s a good bike) turns on and starts to help. This is the same system as in your smartphone or laptop, this is a “smart” electronic gadget, only on wheels. And this means that any tasks that can be solved by a smartphone can be implemented on electric bicycles. Of course, if it makes sense. Note that sensors and modules are connected to the circuit through the bus, which allows you to integrate any additional functions into it. So:
Why is it important (or possible) to have an electric bike with a built-in GPS, anti-theft system and other features?
Because all systems of a modern electric bike can and, in the future, should work as modules of one system under common control. For example, a GPS module can calculate a route and tell the central processor how fast you can move in order to have enough electricity for the entire route. Or if on low charge, your GPS map can tell you where you can recharge and how long it will take you to get there. We can also determine the route and location of the electric bike and link this data with the anti-theft system. In turn, the anti-theft system can be associated with the user identification system, which will make your gadget really personal. A media centre or radio station, temperature sensors and micro radars for monitoring distance, as well as cameras and a communication module, for constant communication or for exchanging information in the cloud, today can work as a unit. What Tesla demonstrates is possible to implement on any electric bike. Naturally with adequate funding. But the main thing is that electric bikes, like all electric vehicles, are already becoming part of the modern world. Easily fit and integrate into it and have endless possibilities for development. And now we can answer the question.
Why is Delfast an electric bike for professional use?
But this is a topic for the next article.
━ go back
Thank you, we'll call you back soon!