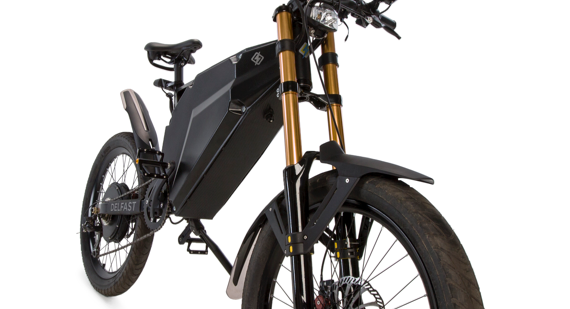 In this article, we would like to explain what the PAS system is – the ebike pedal assist system means, why Delfast installs it and whether it is needed at all.
The electric bike, as a vehicle, is a hybrid. If it were set in motion only with the help of the muscular strength of a person, it would have been just a bicycle, and if it had been driven only with the help of an electric bike motor, an electric scooter.
If you remember why bicycles with a motor appeared at all, it turns out that compact motors were weak and unreliable and the cycling drive became a necessity in two cases:
When the engine broke down and the rider had no ability to get to the destination point;
When the engine was too weak and needed ‘help’. For example, when climbing a hill.
In the future, the motors became more reliable and more powerful and the pedals became a rudiment. This happened because these are two separate and absolutely unrelated drives on the same transport that duplicated each other. And of course, the pedals on a powerful and already heavy motorized bike soon became completely unnecessary. The bike had to become lighter to be more efficient, and the motor demanded an increase in mass so that the increasing power of the motor did not destroy the structure.

Thus, bicycles with motorcycles were divided into two completely different types. Here we see a clear example of technical evolution. Thanks to very smart electronics (remember, an electric bicycle is a smartphone on wheels) that control the rotational speed and torque of an electric motor, the electric drive helps to pedal more gently and effortlessly, and on the other hand, you can start pedalling and add your own efforts to the engine’s power by increasing its power or mileage. That is why electric bikes today are personal vehicles with the most efficient use of energy. And this guarantees them a long and happy future.

An electric bicycle can have several modes of motor-wheel speed control. In addition to the standard, used in almost all types of two-wheeled electric vehicles, the mechanism for starting the electric motor using the accelerator handle, electric bikes can be set in motion using the motor-wheel activation system following pedal cycling (called PAS or Pedal Assist System). It is specially created, as we have said, to help the cyclist facilitate the usage of electric bikes on the road. But is it necessary to install it?

Equipping electric bikes with the PAS system is mandatory in all European countries. This is done so that electric bikes can be easily integrated into the transport system built for ordinary bicycles and be safe for others. Today, several different designs of ebike pedal assisting systems are used.

Inexpensive design involves the use in their work of a sensor that reacts to the rotation of the pedals and a disk with permanent magnets.

Almost a few seconds of active pedalling is enough to respond to the speed assist sensor on the pedal movement and transfer the control signal to the controller, which in turn drives the electric motor. In contrast to the use of a standard gas knob, a slight drawback of the PAS system is the inability to control the speed of the electric bike motor. Usually, the signal from the assistance system helps the controller to start the motor immediately at full power. Therefore, in such systems, the driver, starting to pedal after some time, receives a kind of “kick” from the electric bike motor that has turned on at full capacity.

This feature of this design must be considered if you decide to pedal when entering a turn. And, accordingly, in the absence of pedaling for a short period of time, the motor-wheel stops working. In this regard, usually, such systems are equipped not only with the PAS system but also with the accelerator handle and are usually placed on “heavy” electric bicycles. In this case, the ebike pedal assist system will be used as an auxiliary stimulating tool for the operation of the electric bike motor.

In this case, an important argument in favour of such a system is the simplicity of the design and, as a result, high reliability. This ebike pedal assist system can be installed in just a few minutes on your electric bike. To do this, you just need to place the magnetic ring of the PAS system on the connecting rods of your bike and connect the drive to the controller.

And since “heavy” electric bicycles involve driving in 95% of cases with the throttle, then the relatively low response accuracy is not a big problem for them.

And what to do to those who use the electric drive as an auxiliary mechanism and, basically, moves with the help of pedals? For such cases, ebike pedal assist models have emerged on the market that use a torque sensor that measures the actual load when pedalling.

It transmits the calculated data to the controller, which as a result allows you to precisely coordinate the speed of the electric bike motor with the frequency of the pedalling. Often, such models are made as regular carriages of a bicycle and installed in their place with minimal rework. These “carriages” that measure torque, measure the force applied by the driver to the pedals, in addition to their pedalling frequency. After that, the engine controller turns on the pedal assist modes, in which the engine power varies in proportion to the power input of the cyclist. You choose which effort you would like to compensate, for example, 50%, and then the electric motor will compensate 50% of the effort you have made. Such “carriages” are produced by many manufacturers such as Bosch, Shimano STEP, BionX…

In most cases, such a PAS system is installed on models of electric bikes, the maximum speed of which does not exceed 25-30 km / h. These are bicycles that are designed to ride on standard bike paths and the main task of such a system becomes marginal and unobtrusive assistance to the cyclist.

Depending on how you answer these questions – the e-bike you will be presented will differ in characteristics, design and legal standing on a public road. So to sum up it all, what is PAS for? Why Delfast created e-bikes with pedal assist system?

Ebike pedal assist system helps to extend battery life by removing peak loads from it, and since these days the battery is the most expensive element of the whole bike = then this alone justifies its presence.